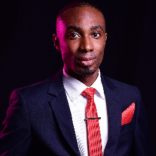 Emmanuel Is A Small Business Consultant, Start-Up Advisor And Consultant…

Technological Startups in Africa are innovative about providing solutions to challenges that exist in Africa. However, with these solutions come several bottlenecks which eventually create a barrier to the survival and sustainability of the business.

There are several factors that contribute to the failure of start-ups in Africa and the ability to learn from these failures would support a new way of thinking to help mitigate these risks.

In this publication, I would be sharing risk factors from working with not less than 100 companies in the technological, FMCG, retail, agro, fashion, events, confectionary, and manufacturing in providing consultancy services and some of the patterns I found led to the business failure.

1. Huge Injection of Capital Without Traction

Generating and implementing an idea has to go through several stages of design thinking to ascertain the viability of such a product before it is released into the marketplace based on the feedback from prospective end users.

Due to the fact that some early-stage entrepreneurs have already built a name in the ecosystem can easily make them access funding even when an idea is still just an idea that has not been properly researched but because entrepreneurs sometimes are also very emotionally attached to an idea sometimes, they can make several assumptions without considering the facts and then begin to seek capital inflow to kick-start this idea. Traction is important because it signifies growth and growth could be seen in the form of demand which eventually leads to cash flow. Investing in an idea is too risky and even riskier for an early-stage entrepreneur with limited experience and exposure.

In order to ensure an idea would scale, it is important to employ design thinking to limit assumptions.

2. Not Working With the Right Team

Not Working with the right team has huge consequences in itself. A start-up should have one core, and it is in the ability to execute with the team. Because most start-ups bootstrap at their early stage, they tend to work with whoever is available and not necessarily the skilled and competent professionals who would hit the ground running and deliver the required expectations. I remember working in a pharmaceutical start-up where mislabeling of medications occurred because the professional involved was not aware of the procedures as a pharmacist would. This could have been a huge mistake if it was unnoticed until it reached the retailer who did checks and found out.

The right time would limit the time a task is expected to be done. Start-ups should never play down on experience, proficiency, and competence. In fact, it is necessary to develop specific in-house procedures for hiring that fit the company’s culture.

A product could be a fantastic one, but if the market is not ready, then its sustainability is questionable. A very innovative start-up that came with the idea of solving the challenges of travel is GoMyWay, this Start-up was launched in Nigeria but did not thrive.

Was the product fit for the market in terms of providing the needed solution to the already existing challenges, I would say yes, however, factors such as kidnapping, assault, killings have created trust in the mind of travelers and so this traveling application that was supposed to connect a traveler with a car with another traveler going in the same direction could not survive because the safety of travelers was in question.

Several administrations of government have worked tirelessly to make the business environment conducive, however, there are still gaps to ensure that the start-ups do not get gagged as their benefits are very key to economic development.

The recent move to create a start-up bill to ensure that the interest of start-ups can be protected is one to secure sustainability and increase interactions with regulators in such a way that regulators understand the peculiarities of these businesses and work around policies that would not see capital investments go down the ground with just a regulation.

I believe the start-up bill would create stakeholders in the overall value-chain and then ease how business is done.

There are other factors that contribute to business failure and the listed are some common ones that affect businesses based in Africa.

I however believe that as there is an ongoing conversation to create a roundtable for stakeholder’s interaction, there would soon exist synergy in the ecosystem.