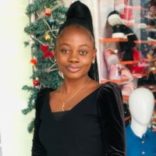 Ayomide is the Editorial Associate at The FATE School of…

Accelerating the growth of women in tech since 2013, JFD launches the call for applications for the 2023 Promotion of les Margaret Awards. This year again, JFD will reward women from Europe and Africa for their creativity, audacity and innovation through three award categories: Entrepreneur, Intrapreneur and Junior, each of which will include a European and African winner. The award ceremony, under the high patronage of the President of the French Republic, will take place on 17 April 2023 in Paris.

WHO CAN APPLY FOR LES MARGARET AWARDS?

Les Margaret Awards is dedicated to women citizens of a European or African country who place innovation at the heart of their action and who have thus developed a digital project, in all sectors, that responds to one or several societal and environmental issues: a disruptive innovation that creates jobs and value for our economies.

Candidates can apply in three categories:

WHAT ARE THE REWARDS FOR LES MARGARETS?

The Margarets in the Entrepreneur and Intrapreneur categories will benefit these from the JFD Acceleration Programme: media exposure worth €1 million for one year, speaking opportunities at major international events, digital equipment, coaching/mentoring sessions with JFD partners and funding.

The Margaret Juniors will receive tailored support for the development of their projects, digital equipment and a €1000 scholarship. They will also be mentored and coached by the JFD partners and will benefit from high media exposure.

The jury of les Margaret Awards will meet on 9 February to elect the 2023 winners. The Margarets 2023 will be revealed during the Digital Women’s Day “Invest in Her”, on 17 April 2023 in Paris.

Click here to apply for the Entrepreneur and Intrapreneur categories, and here for the Junior awards. For more information on the award, visit the JFD website here.