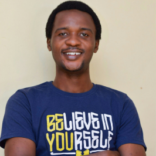 ­A few weeks ago, in the last week of September, Mr. Kola Oyeneyin, the CEO/Founder of Venia Group, a venture creation and development group of companies, shared on Twitter that the company was hiring for a couple of positions but the interesting thing about the tweet for me, was when he added, “we don’t like CVs and Cover letters, you only need to answer 3 questions.”

For a young entrepreneur in his 30s planning to retire by 2020 according to his tweet, that got me curious, especially in understanding other things that would be considered in the employment process, asides the three questions to be asked. After much digging, I saw there would still be a virtual submission of a traditional resume in the process but that wasn’t a major consideration.

In 2011, Forbes published the article “5 Reasons Why Your Online Presence Will Replace Your Resume in 10 Years,” and therein, the writer shared that more employers are beginning to use the internet to learn more about their prospective employees as well as in recruiting new talents to the workplace. He went further and shared that it was only a matter of time before employers start to ask for just LinkedIn profile links rather than submitted resumes.

It’s over seven years since the article was published and it seems the prophecy is coming to pass already. But are you aware of this as an entrepreneur?

In today’s workplace, recruiters of reputable and creative organisations now use the social media search function to find potential candidates suitable for their available positions. In other cases, top executives will sometimes browse through LinkedIn in search of prospects, which oftentimes, helps their decision making.

According to an article by TopResume, it was revealed in the 7 Job-Search Statistics that should be known that employers eliminate more than half of the applicants from online job search simply because the resumes don’t match up with the job description. It was also revealed that 73 percent of companies have used social media to successfully recruit and hire a candidate, and 70 percent of employers say they’ve turned down candidates because of something negative they found online.

Just recently, a young lady who had just landed an internship with NASA had a curse word in her tweets and a few days after, she lost the internship. Such wouldn’t be a good representation for the agency and that could endanger the image of the agency, which is one of the reasons many employers show concern for internet credibility of their candidates during the hiring process.

Every top successful companies usually have core values which they uphold, and serves as guiding ethics to the achievement of goals and success for their employees and in a bid to keep this, the employers tries to look out for potentials not just with the needed skills but also with these values of which a traditional resume is not enough to show whether an individual truly shares this values or not. The intelligent entrepreneur therefore, believes that an individual’s online presence should almost regularly, communicate his or her passion and values.

However, without a well written and up-to-date traditional or virtual submitted resume, hiring becomes a little difficult. Also, without an online profile or resume such as a LinkedIn profile, it’s even more difficult for employers and recruiters to find their prospects online. This is why many  top employers of labour today, seek for both, in growing their corporate brand. Yet more importantly, before deciding on which candidate is fit for the job, it is critical for you to be sure that the online profile agrees with the resume. Though the resume may not give the entire picture of an individual, the fact is, it will never contradict the online profile. The both must complement each other.