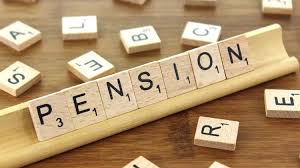 Tunde Wale-Temowo heads the Human Resources function of a specialized…

The Agriculture Map of Nigeria – Part 1

The Pension Reform Act 2014 (PRA, 2014) makes provision for the participation of self-employed persons and employees of organisations with less than three (3) staff. Collectively, these set of people operate majorly within Nigeria’s vast informal sector, which has been out of the coverage of the contributory pension scheme, even though the Act makes provision for their inclusion.

The delay in absorbing the informal sector in the “pension net” was due largely to the absence of a guideline for the administration of a pension scheme for that sector. In 2018, the National Pension Commission (PenCom) eventually came up with a guideline for what it has called the “Micro Pension” scheme. The scheme was recently launched by the President, who registered the first contributor to the scheme.

With a larger portion of Nigeria’s working population being engaged in the informal sector, the micro pension plan or scheme is indeed long over-due. In this piece, we will look at the key features of the scheme, its operating framework as outlined in the PenCom guidelines and also highlight how it differs from the mandatory contributory pension scheme.

It is hoped that pension operators and the regulators will create the required level of awareness to increase participation in the micro pension scheme. The guidelines provided by PenCom for the micro pension scheme are indeed well-intentioned, and the implementation provides a very good opportunity to attract the informal sector, thereby consolidating on the success so far recorded by the 2004 pension reforms.