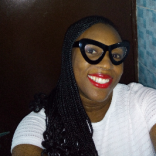 Oluchi Johnson-Achibiri has a background in Management Consulting and is…

How to Legally Wind Up Your Business