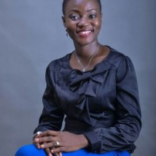 'Funmi Adesina-Bablogbon is a Law Lecturer at one of the…

Every business undertaking undergoes one form of contractual obligation or the other. Simply put, contract is a legally enforceable agreement between two or more parties having the intention to be bound by it. An agreement between Party A and B for the supply of bed sheets by B is a contract. Going by the preceding definition, it is noteworthy therefore to highlight the following:

Contract is present in virtually every facet of human life. Marriage between a man and woman is a contract. The relationship between a plumber and his client is that of contract for services. Every contract has basic elements that must be present in order for law to accord it the status of a contract. Attempt shall be made to discuss each of these elements.

Elements of a Contract

Invitation to treat is not a definite proposal but permission accorded one party by the other to inspect the goods or negotiate in order to conclusively agree on a substantive contract between the parties. A typical example of invitation to treat is display of wares or goods at your store. If a customer is interested in any of the goods on display, he picks it up and pays for it. In this case, the display does not imply an offer. Rather, it connotes an interest by you, the business owner to allow customers to make an offer by purchasing if so interested.

A distinguishing feature in a contract that can be enforced and upheld by the Court is the intention of both parties to be bound by the terms of the agreement. This simply means that the parties intended from the commencement of the contract to create a relationship that is recognizable and acceptable by law. Not all agreements entered into are enforceable at law as a result of the parties’ intentions. Consequently, not all agreements are acceptable at law as binding. A contract between a parent and his child or a husband and his wife for instance are considered domestic agreements that lack the capacity to give rise to legal relationships. Such relationships merely give rise to moral obligations incapable of enforceability.

For an Offer to be valid, the following features must be present:

The span of an offer is terminated through the following:

This is simply the price paid for the enforcement of a promise made by the offeree. For it to be regarded as such, consideration must conform to the laws and regulations of Nigeria and must not be in any way, illegal.   It must move from the promisor. This means only the person who paid the price can enforce the promise. Consideration must be the performance of a duty or obligation which at law, the promisor is bound to perform. You are not duty-bound for instance to pay a police officer for patrolling the community where your shop is situated. Notably also, it need not be adequate, but it must be sufficient, such that the promisor can be seen to have undergone sufficient detriment in parting with the consideration. An instance is the Black Friday or discounts enjoyed by customers of business enterprises. Payment of 50% less than what a commodity is worth means the consideration is inadequate but as far as the business owner and the customer are concerned, the amount is satisfactory.

This refers to the legal ability of a party to so contract. Age of a party would determine if he has contractual capacity. Under our law, a minor (i.e. someone under 21 years of age) cannot be a party to an agreement. A drunk, illiterate, or insane person is disqualified usually from embarking on any contract as they are said to lack the contractual capacity to comprehend fully what the contract is about.

Legal Structures You Need as a Media Agency