Menu
Starting a Business in Nigeria 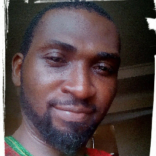 A lot of people go to work everyday but how many people can say that their job is their passion? You know how passionate you are about a job when you know you are prepared to do it for free. After graduating from the faculty of Business Administration, University of Lagos and obtaining a professional certification in Business Management from the Nigerian Institute of Management, I was set on a course to rule the financial world. I had a job waiting for me as soon as I defended my school project from a firm on the island that I had dazzled the owner with my business acumen.

After working for a few months, one day I was on my way home and I was in our usual third mainland bridge holdup. I observed as I looked through the windows of many staff buses on the road that those workers did not look happy. Thinking of it now in retrospect, I know I saw beyond the human eyes into the lives of many people. And I think a voice said to me “that would be you in a couple of months”. I didn’t want to end up like them so I had to ask myself what I wanted out of life and how I would get it.

To cut the story short, I decided to go into film and TV production because that was what I was passionate about. I went to film school and started producing programs for Mnet and MTV. Later I went to another film school at Universal Studios in Hollywood, LA where I improved my knowledge of the craft. I Started Riverside Productions afterwards and today we have created TV shows and contests like MY BIG NIGERIAN WEDDING which is the biggest wedding TV show in Africa and have the rights to the biggest and most prestigious disk jockey (DJ) competition in the world known as DMC. We have also done productions that have won Africa’s Biggest film Awards AMVCA twice.

I can’t tell you YET that through my passion I have bought a house in Banana Island and have a fleet of exotic cars in my garage(Though I am VERY COMFORTABLE) but one thing I can tell you is that when I wake up in the morning like everyone else, while they are going to work to earn a living, I am going to have fun because that’s what I do for a living. Bringing to light the words of Confucius, a Chinese teacher, politician and philosopher who was born 551BC and which says ‘Chose a job you love and you will never work a day in your life.

“Competitive Pricing” The Struggle of the Newbie