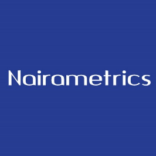 How to find the right lawyer for you.

Sometimes, people (entrepreneurs) get lucky with their business plans and strategies before they get to the age of 30. They are able to pay their bills and live comfortably, but in the long run, will these businesses survive the test of time? Will the entrepreneurs make it to the list of successful business owners?

Bill Gates and Steve Jobs had several things in common. Both revolutionized the tech world in their respective ways and became self-made billionaires. Another similarity is that both were school drop-outs who made their fortunes well before their 35th birthdays.

These 2 icons, along with several other successful young entrepreneurs, give the aura that successful entrepreneurs are most likely going to start off their careers from their early or mid-20s. For many who have passed that age, it seems the window of opportunity has been shut. Is that truly the case?

Fortunately for many who are above that age bracket, no is the answer. Recent studies have shown that the majority of startups are begun by entrepreneurs who are 35 years old or older. What is more, they are more likely to succeed at it than younger ones. Professor Carl Schramm who carried out the study discovered that so-called “mid-career” entrepreneurs were five times more likely to enjoy successful businesses five years later than entrepreneurs starting businesses right out of university.

Four major reasons for this were provided:

The older you get, the better you can gauge your abilities and desires

At 20, everything seems possible. You want to build a new rocket, invent the new Facebook conqueror and be a philanthropist all at the same time. At 35, you have more experience. You can more realistically assess your strengths and weaknesses. Probably even more important is that you would have become mature enough to determine where your true passion lies.

With this, you can select a business that best suits you and thus is more likely to succeed than that of a 20-year old. In addition, experience in life would have helped you sharpen some business skills, curb some youthful excesses and garner credibility, all of which will help your business.

You’re less likely to borrow to fund your business

At 23, and fresh out of university, all you have are ideas. Ideas without funds to propel them die off very quickly. Borrowing from banks or other lenders is the only option. With this comes the additional burden of interest rates, which are currently high in the country. So, as if making the business work is not hard enough work, you still have to pay off debts and interest. Fast forward about 10 to 15 years later and you should have some kind of financial footing to take off from.

Even if you still have to borrow, the debt is likely to be considerably less and easier to pay off. This also contributes to the increased likelihood of starting a successful business in later years.

You have comparable (and maybe better) ideas

That people in their middle ages could have comparable, and possibly better, innovation potentials than younger entrepreneurs is an observation that has been found in several studies.

While the vibrancy associated with youth is a good thing, it also has its downsides. Too many vibrations mean less stability and that is ever so evident in the lives of younger entrepreneurs. Emotionally, this may manifest in family issues, divorce and/or parenting problems, etc. For older ones, there is a significantly less likelihood of this happening. Children have already grown independent, marriages have survived (or crashed) during the initial troublesome period, etc.

All these mean that the older entrepreneur can work with more stability and greater focus. Intellectually, according to the National Academies Press, studies have shown that older people have better-crystallized knowledge which can be used to enhance work performance and focus than younger ones.

So do not let your age discourage you. As long you have the ideas, it is never too late to start your business. While the world throws the Elon Musks at you, remind them of, Ray Kroc, the founder of McDonald’s who sold milkshake mixers until age 52, or Nigeria’s own Rotimi Williams, owner of Nigeria’s second largest rice farm, who had to wait until his 30’s before finding his true calling in agriculture, same as Dr. Emmanuel Ijewere who after a successful career in chartered accounting and public service, started another successful career in various aspects of agriculture, long after the age of 40.

Older entrepreneurs can make it too.