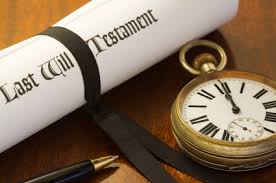 Four Things to Consider Before You Outsource a Company

Mr Arrowhead, a very prominent Nigerian suffered a stroke and was flown abroad where he received medical attention for several months. Unfortunately, he died abroad and his body was flown back to the country for burial which was celebrated in grand style. Although Mr Arrowhead left a will, there was serious contention among family members over the content of ‘the will’ especially as some of the family members felt disappointed over what was bequeathed to them. Typical of a polygamous family, ‘the will’ was contested in court. It was discovered in ‘the will’, that Mr Arrowhead appointed his wife as a director of one of his companies which brings us to the question “Can a director of a company be appointed by a will?”

What is a will and what kind of bequest can be made by a will?

A will is a voluntary expression of the intention or wishes of a person of sound mind where the person states or gives directives of how his/her property should be disposed of in event of death. Property given by a person in a will is referred to as legacy and could either be chattels i.e. movable items such as wrist-watch or car; realty i.e. immovable items such as land or buildings; or pecuniary i.e. money.

Directorship in a company is not a type of property and does not fall under the types of properties that can be bequeathed by a will. A person who dies automatically ceases to be a Director of the Company and so loses the power to bind the company which is a separate entity from the owners & Directors. Any subsequent director can only be validly appointed by due procedures laid down by statute. Thus, any purported appointment by a will goes to no issue as it cannot be recognized except due process has been followed. At best, it can serve as an expression of intention of the deceased director as to who such deceased director wishes to be on the Board of the company. This intention can only be executed by the living directors, if any and until so executed, it is invalid.