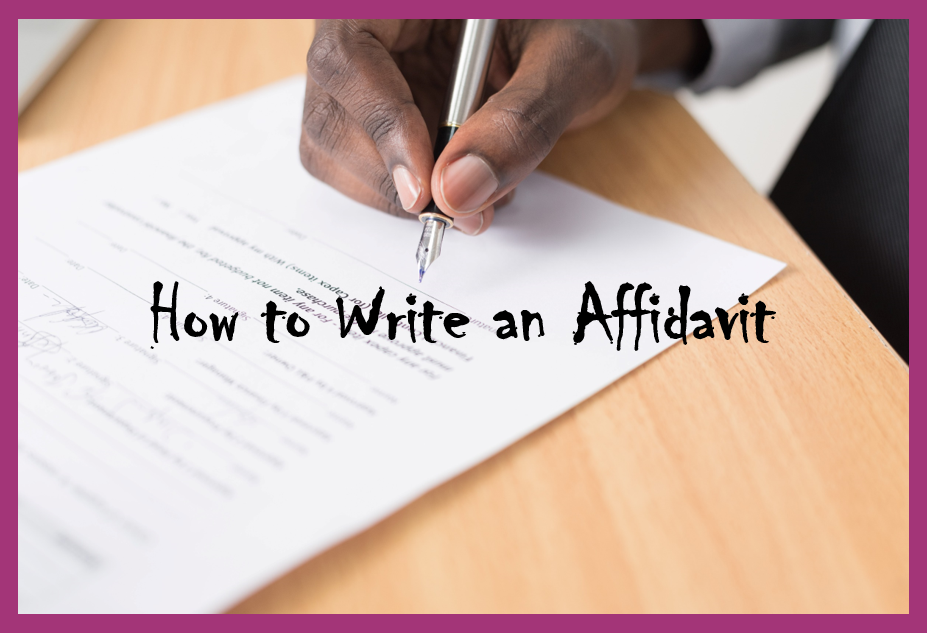 1 in every 7 adult Nigerian has either deposed to an affidavit or has been asked to depose to one (Source: DIYlaw's imaginary facts & figures.)

If you plan on changing your name, lost a government issued ID-card, need to declare your age in lieu of a birth certificate, attest to the truthfulness or authenticity of a situation or document, bear witness in court, you're going to need an affidavit. These are just a few of the instances where you may need an affidavit

An affidavit is a statement made under oath that some fact, or set of facts, is true to the best of the knowledge of the deponent (the person making the statement). They are deposed to either in a court  (before a judge or commissioner of oaths) or before a notary public.

Affidavits are used to provide sworn statement of facts to courts, government agencies, banks and other private organisations. If a false testimony is given in an affidavit, the deponent will be prosecuted for perjury or giving false statement under oath.

There are strict rules about how affidavits should be written, what they can include, and how they must be sworn or affirmed.

How to write an affidavit

1. Determine the title of the affidavit.

An affidavit must carry the caption of where or whom the affidavit is being deposed to.

In the High Court of Lagos State

In the Lagos Judiciary

2. In the introductory paragraph of the affidavit, state that an affidavit will be deposed to, and include the name and personal information of the deponent.

Personal information such as full name, address, religion, gender, nationality and where relevant, place of work and occupation should be stated in this sentence

3. Write an opening sentence verifying your description in the introductory paragraph

From this point on, you write in numbered paragraphs.

The verification sentence confirms you are the one described in the previous paragraph.

4. Outline the facts to be stated in the affidavit in numbered paragraphs.

Outline only facts that are relevant and important and disregard those which are not. Arrange the facts in a coherent manner.

Describe each fact concisely and clearly by providing names, dates, addresses and other information as needed.

5. Attest to the truthfulness of the Affidavit

Insert the date of the affidavit and create the signature block, i.e. the space where you sign your name and where the judge, commissioner of oaths or notary public signs.

So when next you are asked to bring an affidavit, no need to panic. You just draft using the sample above as a guideline, take the affidavit to the nearest court or notary public to you, depose to its truth and voila, you're ready to go!

How to Come Up with Business Ideas

Ever wondered how big corporations and businesses you admire come into existence? Have you thought
By Oluwakemi Afolabi 1 min read

How to Write a Business Plan Investors will Love

How to Separate Personal Finance from Business Finance

Cashflow is the life blood of any business, but often times entrepreneurs find it difficult
By Oyindamola Adeosun 1 min read