When Do You Need a Non-Disclosure Agreement? 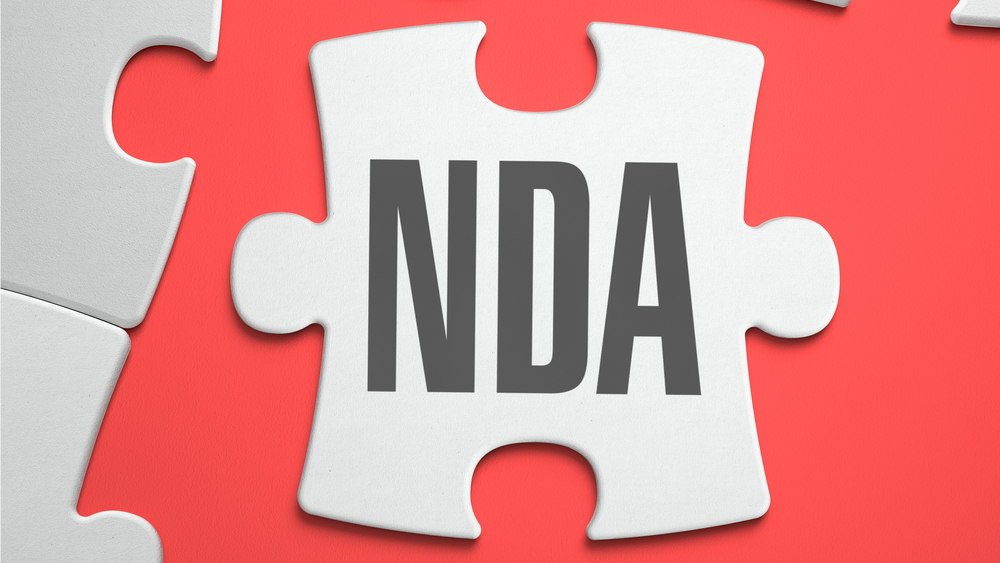 Take a minute to remember the many times you told a close friend a secret only to have someone else at a later date recount the entire details to you. I'm sure you're nodding your head saying many times.

You'd feel bad and betrayed. In business it's a lot worse. Not only do you feel hurt, your business also suffers.

A very common way to ensure the secrecy of your confidential information shared with another party is to make use of a binding document called the Non-Disclosure Agreement, commonly referred to as an NDA.

When is your NDA effective?

It has been established that the NDA is a very important weapon to have in your arsenal to stop people from disclosing your confidential information. But when is it effective?

Your NDA is of no use unless both parties involved, sign it. It is important that you think about those who will have access to your information before disclosing it and ensure that they have signed and will keep to their word.

When does having an NDA make sense?

Having said that the NDA is an almost no-fail way to secure yourself, it's not just something you whip out each time you want to share any kind of information with other parties.
There are principal situations in which you feel what you want to convey is of immense value to your business or idea and you want to take proper care to ensure the other side does not take undue advantage of it.
Below are some of the principal situations that may require the use of a Non-Disclosure Agreement:

What you should know as a startup seeking funding

If you are a fund seeking startup, it is probably not a good idea to expect investors to sign your Non-Disclosure Agreements, as the odds are they will refuse to sign such agreements. They see way too many similar ideas and run the risk of being accused falsely of breaching an NDA.

Apart from signing an NDA does to stop the other parties from revealing your secret; You also do not want them to benefit from whatever it is you have shared with them. Throwing in a non-circumvention clause in the NDA takes care of this.

As against copyrights, which just protects the expression of ideas (novels, artworks, etc), thereby limiting its effectiveness, an NDA protects even the disclosure and use of your idea.

Bobby has an idea about producing fresh orange juice without preservatives. He thinks it is very healthy and could be profitable.

He shares his launching and marketing strategies with Ade. His product was named "Oly's fresh orange juice". He also went ahead to trademark his product name so no one else could use it.

Some months later, Ade rolled out his own product, "Ade's fresh apple juice".

Ade could not use Bobby's product name, he just took his idea and made something out of it.

An NDA would have limited the purposes for which Ade could have used the information Bobby shared with him. Ideas are free to copy so the first resort would be to protect your ideas as a secret.

Here are other reasons you should consider the NDA:

1. When you are dealing with someone other than an Investor: As have been mentioned, it might not be an entirely good idea to expect investors to sign NDAs especially if you are really serious about getting funding.  But there are plenty of times when you'll need to disclose certain information to people other than investors such as collaborators. You should also look at getting your employees to sign NDAs once they get to a certain level and are privy to confidential information.

2. If you have made heavy investment in your product: There is absolutely no reason you should donate your hard work and money to people who might swoop in and make better use of them.

3. If you will be sharing useful data: Data is a gold mine, it sounds cliche but it's true. And since when do you share your gold mine with others? Sharing your data with others could provide them with information that may be used in ways you may not want. Getting the other party to sign an NDA reduces this risk.

4. Save yourself some legal fees: You already know this but we should say it again. Litigation is expensive. And the only way you can remedy unauthorized disclosure of your company information is to go to court.

Get an NDA today, save yourself the unnecessary stress and headache of litigation and well, the deep dent it will make in your financial pocket.

Regulatory Requirements for Starting a Pharmacy Business in Nigeria