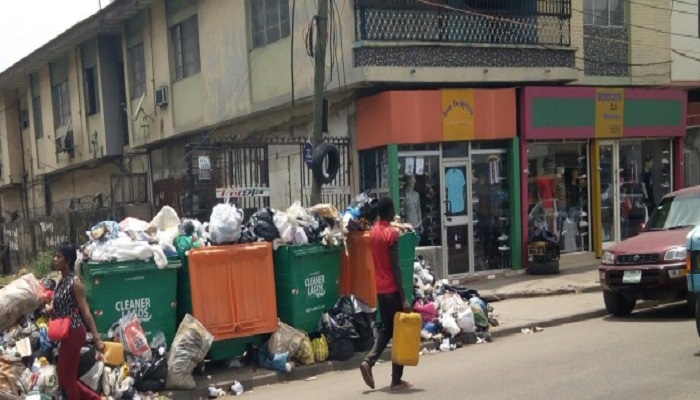 As an emerging economy with a population of nearly two hundred million people, Nigeria generates quite a lot of waste. The Waste Management Society of Nigeria (WAMASON) estimates that nearly sixty-five million metric tonnes of waste is generated in the country per annum. This has often caused a waste management crisis, especially in most urban centres where municipal authorities struggle to efficiently dispose of trash. Meanwhile, despite the fact that most Nigerians typically regard waste as completely useless, there exist some business-savvy entrepreneurs who have recognised the immense potentials in waste management and have taken steps towards harnessing it.

Simply put, recycling entails the conversion of waste materials into new, useful products. The essence is to reduce over-dependence on raw materials for the production of new products. It is also one of the most effective ways to managing waste; preventing pollution, ensuring a clean and healthy environment and creating wealth.

In Nigeria, the recycling industry is still in its infancy compared to what obtains elsewhere in the world. BioEnergy Consult estimates that out of the millions of metric tonnes of waste generated every year in the country, only a fragment of it is being managed/recycled. What this means is that the business potentials of recycling are currently being under-utilised. There is need for more investment in the sector.

The recycling business in Lagos: an insight

To understand more about the recycling industry in Nigeria, we visited the Igando Dump Site in Lagos. Located along both sides of the Igando-LASU road, it is one of the many dump sites that abound in Lagos, and indeed one of the biggest in Nigeria and the world at large. From afar off, one can perceive the pungent smell of rot that emanates from the place. Here, solid waste from such Lagos environs as Iyana-Ipaja, Egbeda, Ikotun, Isheri, etc. are brought and literarily dumped. It is also in dump sites like this one that most of the recycling efforts take place.

Recycling involves a long chain of business command, beginning from the dump sites. For instance, the Igando dump site is privately owned and managed; just like most of the other sites in the city. Scavengers are
charged the sum of  N200 daily before they can come in and pick valuable recyclables ranging from metals, plastics, etc. Several hundreds of labourers work here daily, and the materials that they recover from the
waste dump site is then purchased either by middlemen who sell them to recycling companies or by representatives of the recycling companies.

One of the people we met at the dumpsite is a woman who works in the procurement department of a recycling company. Although she chose anonymity and refused to disclose the name of her organisation, she did reveal that hers is one of the biggest recycling plants in Lagos and that they specialise in metal recycling.

"We basically recycle aluminium/metals and use them to produce new things such as pots, plates, spoons, etc. I work in the procurement department of my company. So it is my work source for production materials. This is one of the places I come to source for materials" the woman said.

How lucrative is recycling as a business?

Today, the recycling industry is estimated to be worth several billions of Naira. But this is nothing compared to the revenues it has the potential to generate should the right investments be made. In the meantime, however, it was important for us to find how this much money is generated from waste materials, and who gets what. So we began by asking the procurement woman how much it costs to purchase the materials, she said that it depends on the type, quantity and quality that someone is buying.

"Measurement is also very important in this business. We weigh everything in weight" she said. "I pay between  N40,000 to  N45,000 for just one ton of metal. So depending on the quantity of metal I am buying, I can sometimes spend nearly half a million naira in a single day. Today alone, I've transferred  N400,000 to that man over there."

She also revealed that aluminium is more expensive than scrap metal, noting that while the price of a ton of metal is around the N40,000  mark, one tonne of aluminium can cost more than one hundred thousand Naira (N100,000).  She went further to state that metals and aluminium are the most expensive recyclables in Nigeria due to the unavailability of iron ore for steel-related productions.

"All the other materials are equally just as important. Some specialise in recycling plastics, polythene bags, PET bottles and even paper. All of these are important materials used to produce some of the important
household items that are very expensive in the market. However, the other recyclables are not as expensive as aluminium and metal. Take, for instance, rubber is easily accessible as a raw material, unlike ore which is scarce."

Who gets the money?

Fortunately or unfortunately, a bulk of the money goes to the middlemen instead of the labourers who do the dirty, most intense job of scavenging the materials from the waste dump site. According to our
source, some of the labourers earn between N30, 000 to N50, 000 per month. And in all fairness, this is absolutely nothing compared to the serious work they put in, as well as the many health dangers they could
be exposed to in the course of doing their job.

The challenges/opportunities for investment

Indeed, recycling is a lucrative business in Nigeria today. Yet, there exist such endless opportunities that are yet untapped. There is there need for investors to come and industrialise the sector in order make more money from it. Investing in proper waste management processes is one of one way to start. In Lagos State today, much of the 13,000 metric tonnes of waste generated daily is left unmanaged. Investing in the technology that would ensure an effective management of waste, which will inevitably aid the recycling process. 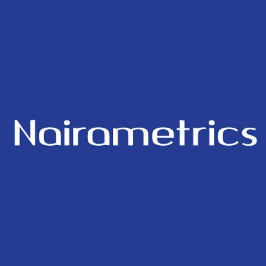