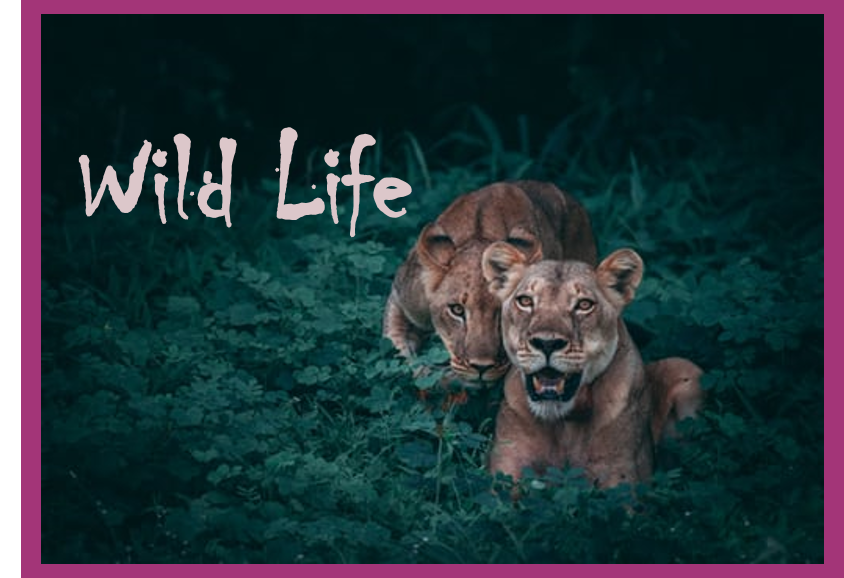 There is also a large population of duiker, which are commonly sighted in the park along with 177 documented species of birds (both residents and inter African migrants) and several species of reptiles. Other animals include buffalo, bubal hartebeest, anubis baboon, tantalus monkey, lion, leopard, hippopotamus, roan antelope, kob and warthog, etc.

Dominant tree species of the park include Isoberlinia doka, Terminalia avicennioides and Detarium macrocarpum. Also common are Danellia oliveri, Nauclea latifolia, Acacia spp., Lophira l& anceolata, Parkia biglobosa, Prosopis africana and Isoberlinia tomentosa. The oil palm tree (Elaeis guineensis) is common in the forest areas that line small, seasonal rivers. Together with the forest reserves in this area, the park represents one of the best remaining blocks of Sudan-Guinea Savanna vegetation in the country's protected-area system.

Common trees are kapok, celtis zenkeri, triplochiton scleroxylon, antiaris africana, pycnanthus angolensis, alstonia congoensis etc. The park has two treehouses, one of which is about 140 feet high in a silk-cotton tree. The treehouse is the most intriguing feature anyone is likely to see in the park.

9. The Jos Wildlife Park is located in North Central Nigeria as an amalgamation of the Pandam Wildlife Park in Qua'an Pan, the Wase Rock Gamers Reserve, the Pai River Games Reserve and the Bokolo Forest Reserve. It is relatively, small, about 8 km2, but stretches from the scenic city of Jos, Plateau State to Benue State. The Park hosts several wooded hills and forest streams which are ideal spots for various types of animals ranging from the herbivorous to carnivorous, primates, reptiles and birds. Some of the herbivorous animals there are cattle, elephants, eland, pigmy hippos, buffalos and gazelles. The carnivorous animals include lions, hyenas, crocodiles, jackals, honey badger, desert tortoise, water turtle and rock python among others. The Park also boasts of birds like crowned crane, ostrich, white headed vulture, hooded vulture and geese among others. The primates include baboons, chimpanzees and monkeys of different species.

10. Kainji Lake National Park is located on the border between Niger and Kebbi states, in North West Nigeria and contains the Borgu and Zugurma game reserves. This Park is rich in wildlife, including baboons, duikers, hippopotamuses, hyenas, kobs, roans, and warthogs. There are 65 mammal species, 350 species of birds, and 30 species of reptiles and amphibians recorded in the park. These include lion, leopard, caracal, elephant and African manatee, numerous species of antelope, hippopotamus, African wild dog, honey badger, cheetah, Senegal bushbaby, many species of monkey, and African clawless otter. Reptiles include the Nile crocodile, West African slender-snouted crocodile, four turtle species, Nile monitor, savannah monitor, other lizards and snakes, and 12 amphibian species. There are 82 species of fish in Lake Kainji.

Its savanna woodland in the Borgu area is dominated by Burkea africana, Terminalia avicennioides and Detarium microcarpum. Below the quartzite ridges Isoberlinia tomentosa predominates, and further down the hillsides on the relatively dry lower slopes are stands of Diospyros mespiliformis, with an understory of Polysphaeria orbuscula. Terminalia macroptera occurs on moist savannas and Isoberlinia doka is found on higher ground in ironstone areas. In its Zugurma area, the tree cover is typical of the Guinean forest-savanna mosaic. Common trees here include Afzelia africana, Daniella oliveri, Pterocarpus erinaceus, Terminalia schimperiana, Parkia clappertoniana, Vitellaria paradoxa, Detarium microcarpum, Isoberlinia doka, Uapaca togoensis and Khaya senegalensis.

The Importance of Wildlife

Wildlife plays a very important role in balancing our environment. It provides stability to different processes of nature. It also maintains the ecological balance of the surface of the earth. Wildlife is also important for its aesthetic value. According to Brainly, an online social science learning site, the importance of wildlife can be categorized as ecological, economic, investigatory importance, and the conservation of biological diversities.

1. Ecological importance. Wildlife helps in maintaining the balance of nature. When we kill the carnivores, it leads to an increase in the number of herbivores which in turn affects the forest vegetation. Thus, due to lack of food in the forest, the herbivores will come out to farmlands and destroy our crops. Therefore, once the equilibrium is disturbed, it leads to many problems.

4. Conservation of biological diversities. By conserving wildlife, diversity in the environment can be preserved. According to some scientists, an ecosystem with more diversity is more stable.

5. As a gene bank. Group of genes of a population of any particular area is called a Gene Bank. To produce disease resistant variety diversity, a gene bank is necessary.

6. Recreation. A visit to the parks and sanctuaries is an enjoyable proposition for children as well as adults. Thus, wildlife is one of the best means of recreation.

7. Cultural importance. Wildlife has rooted effects on religion, art, sculpture and literature. Many mythological stories and children's stories are based on wildlife.

We have to celebrate the role of wildlife in sustaining life on planet Earth and join the global advocacy to preserve them.